The "Building a New World" Conference is right around the corner!

Dear Friends,
May 22nd through 25th leaders from many walks of life who are engaged in the fight for justice will be converging to Radford University to discuss radical solutions to the crisis facing our nation and world.

I will be speaking about my post hurricane Katrina relief work and opportunities for veteran training programs in Bio Diesel production and green construction on the Gulf Coast.

Gordon Soderberg's Bio:
Founding member of New Orleans Voices For Peace (http://www.neworleansvfp.ning.com), Since Sept of 2005 he has been documenting peace activism and hurricane relief work in New Orleans. Creator of IVAW actions (http://ivawactions.ning.com) a website to allow Veterans and activists to document actions by IVAW members in New Orleans and around the world. He is also a partner in Bio Liberty (http://www.bioliberty.net) a Bio Diesel powered green construction company and veteran training program located in Slidell, Louisiana. 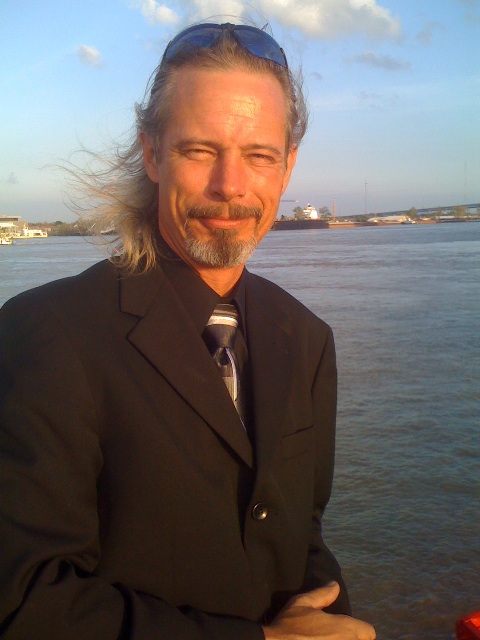 
In 2008 many of us understand that our nation and our planet are in a state of crisis. The deep longing for positive, lasting change is the bedrock upon which this conference is based. How do we fix our country and our world? And how can we form one mass movement to address the crisis?

At Radford University in Radford, Virginia, thousands of activists, academics, journalists, poets, musicians and policy-makers will converge at the 2008 "Building a New World" Conference. If you want to participate in building a new world, sign up now. Hotel and dorm rooms are limited.

Michael Parenti (Historian and author of 20 books, including "Democracy for the Few," "The Culture Struggle," "SuperPatriotism," "The Terrorism Trap," and "Against Empire")

Kathy Kelly (Co-ordinator of Voices in the Wilderness & Voices for Creative Non-violence; author of "Other Lands Have Dreams: From Baghdad to Pekin Prison")

Alice Lovelace (Poet, playwright, essayist, author of "Remembering my Birth: This is for Family; The Kitchen Survival Almanac;" Editor of CRUS: a conversation in words and images South Africa to South USA; Chief organizer of the 2007 US Social Forum)

Michael Hudson (Distinguished Research Professor of Economics at University of Missouri, Kansas City; author of "Super-Imperialism: The Economic Strategy of American Empire" and "The Myth of Aid"; President of the Institute for the Study of Long-Term Economic Trends (ISLET))

David Schweickart (Professor of Philosophy, Loyola University and author of "After Capitalism" and "Against Capitalism")

Peter Phillips (Professor of Sociology at Sonoma State University and Director of Project Censored; editor of 12 Project Censored Yearbooks and co-editor of "Impeach the President: The Case Against Bush and Cheney")

Meria Heller (Producer/Host of the Meria Show, entering its ninth year on the Net)

Ravi Batra (Professor of Economics, Southern Methodsit University, author of more tehan 20 books, including "The Crash of the Millenium: Surviving the Coming inflationary Depression," "The Myth of Free Trade" and "Greenspan's Fraud")

Erin Williams (US Humane Society and author of Why Animals Matter: The Case for Animal Protection")

Robert Jensen (Professor, University of Texas at Austin; author of "Citizens of the Empire: The Struggle to Claim our Humanity" and "The Heart of Whiteness: Confronting Race, Racism and White Privilege")

William Douglas (Columnist and author of "The Amateur Parent - A Book on Life, Death, War and Peace")

Sara Thomsen (Singer-songwriter, activist, composer of "Is it for Freedom")

This is about forming one mass movement to change our country and our world.
Please do not miss this conference.
Registration is $110.00

Find out more and register now at www.wpaconference.org.