AN EXTRAORDINARY MYSTICAL EXPERIENCE:THE SPHINX AND OUR THIRD EYE

THE SPHINX, THE GREAT PYRAMID AND AN EXTRAORDINARY EXPERIENCE

THE SPHINX, THE GREAT PYRAMID AND

Humanity has been always curious regarding some massive stone structures, specifically the Sphinx and the Great Pyramid. Man has his solar plexus as the focal point where the Yin and Yang are harmonized. Any human being absorbs our Earth’s magnetic field; the ascending  negative polarity in this chakra and at the same time the descending positive polarity  from the Sun’s energies   so to philosophers, priests and mystics have considered our planet to have its solar plexus inside the Great Pyramid; an ascending energy vortex which pulsates eternally. Indeed some thing magical flows to all the surface of our planet from this focal point.

From a spiritual stand point there have always been some just a few chosen human beings who have benefited by dwelling in the king’s Chamber during certain dates of the year in a physical or mental way. This knowledge has helped them in unveiling some mysteries belonging to this sacred place.

Today is my turn to share with you something I was able to experience a Sunday morning in June of nineteen ninety four inside good copy of an Egyptian Temple located in Monterrey, Nuevo León in the country of Mexico. This experience has to do with the Sphinx, the Cosmic Egg, the king’s Chamber of the Great Pyramid and our pineal body, our pituitary gland, the fourth dimension and our third eye called in Latin THE TERTIUM ORGANUM.  Please allow me first to give you some information regarding such experience.

During ten consecutive years some people and myself used to meet every Sunday morning to attend two mediation sessions. We started these special meeting at the beginning of the year nineteen ninety one. It was on the second session when it occurred. This is my experience:

The meditation session was almost over when suddenly I saw just my face, specifically my forehead being painted green; a fresh green color the kind of green we appreciate in the new tree leaves during spring time. As my forehead was being painted I felt a warm sensation, then suddenly right in the middle of this green rectangle a red spiral started to be formed until it reached the shape of a perfect circle. Suddenly I was Ezequiel no more! I was the Sphinx in the flesh, bones and spirit!  As I heard a strange noise coming from behind me in a far distance I turned my head and “saw” the great Pyramid approaching me. What was funny was that it used two of its side’s like legs, but there two wide dry channels by which the pyramid was walking on. I wasn’t afraid at all, so what I did was to wait for what would happen. I felt this massive structure above me and very slowly it came down making a “PLOP” sound. Suddenly I was transformed into a gigantic egg and the Pyramid became a gigantic hen. I experienced something peculiar; I felt being bombarded by some special energy from the universe. Then I was again the Sphinx, well at least my head was right in the King’s Chamber. Then everything was running in reverse, like a movie being played backwards.

I really don’t recall how many days I had to use to decipher the message or messages from such experience, so what you are about to read is my interpretation of it:

We spiritual beings having human experiences really need to depend on our psychic centers in order to be able to keep track of our spiritual development, so their awakening, stimulation and mainly allowing their manifestation in our daily affairs becomes our sacred task. The same way at the foot of the Sphinx there is a long tunnel which takes us to the base of the Great Pyramid and once there we find an ascending cylinder working as a magnetic elevator ending at the King’s Chamber, the same occurs with our third eye; the sphinx which can take us to our pineal body; the King’s Chamber, so by stimulating our Tertium Organum we stimulate our pineal organ. If we stimulate our pineal organ we will stimulate our third eye. The lessons of THE IMAGINACTION PROGRAM le will contain some interesting exercises  dealing with this matter.   I wonder how many of you will benefit from what I am offering you with a brotherly attribute. 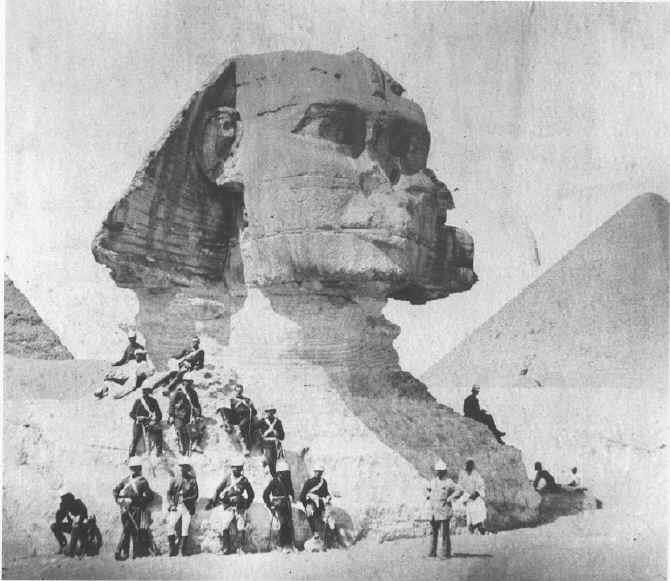