Permalink Reply by Gabriella on March 15, 2014 at 12:46pm
I agree with you,
But for peace you should have the agreement of the both sides. The Palestinians are determined to harm the citizens of Israel, while the Israelis are trying to prevent terrorist attacks. We have no way to stop it, and words will not help. The Palestinian appreciate aggressive leaders, and that is the only way to resolve the current situation.

To achieve peace, I wonder sometimes, if voices and opinions and also the initiatives of citizens/nas who are not Israelis and Palesttinos contribute to achieving peace? or more well between Israelis and Palestinians just peace was possible if themselves without interference from anyone, is very true that relations and peace agreements, reach an ending for both parties when there are found goals of mutual agreement.

It is both sides who are being aggressive.

First thing is  occupation, which is a most aggressive deed. No positive relations can be held between occupier and occupied.

Practice of tolerance indeed is a very important way to face difficulties as mistrust. Tolerance would bring people together  to ask questions and find answers. Only very few of both peoples really and actually know each other as people, as human being.

Dear Hakim, to my I would like to think that a better world is possible, and that the inheritance that les wasnt our children would be peace and of a future facing the progress of all, cannot be so evil with our selfish thinking and acting that others are our enemies, the progress is built facing forward with courage and bravery!!!, I encourage you to keep fighting for peace!!

thank you, Carles. I definitely do :)

It is very nice to talk of tolerance, but if you are Israeli, it is also VERY HYPOCRITICAL to do so.

I find it offensive for you Irit, to say that both sides are being aggressive. YOU, IRIT, KNOW VERY WELL that the Palestinians have been attacked and abused in the most outrageous, most dispicable manner.

The Israelis have invaded and LIVE ALL OVER Palestinian land, land that those Jews have stolen - YES STOLEN because none of that land was ever purchased, nay NONE OF THAT LAND WAS EVEN FOR SALE. None of that land is even in the land of Israel, and yet ISRAELIS HAVE SPREAD THEMSELVES ALL OVER PALESTINE. The Israelis shoot and kill unarmed Palestinians.

It is the Israelis who are the aggressors.

It is the Israelis that refuse to negotiate a genuine peace settlement.

It is the Israelis who lie about what they are doing.

That is the truth.

Your talk of tolerance is pure PROPAGANDA.

I am so sorry to read your reply, which - I feel - makes me injustice.

Maybe there's a misunderstanding, for I am to blame in wrong  expression in English . But, as you know  who I am and what I do about promoting peace   I wonder why you accuse me of these things. You might want  ask me why I said this and that instead of accusing me being hypocrite and that my talk of tolerance is just a propaganda.

I admit that really hurt . Very much.

I shall reply all your arguments - many of them are pure truth, but some of them are definitely not. I do not know what sources you take information from, but  there are some facts to be corrected.

Have a good day.

Your English is good. It proves you are genuine Israeli, which puts you way ahead of many (including your Prime Minister) who purport to speak for Israelis.

You have a weakness that is common to many people: you fail to differentiate between personal spiritual values and public political values. By merging the 2, you fail to see that tolerance is not necessary for stable and equitable governance. An equitable legal system and a good police force are all that is needed for a country to be stable.

I must admit, there is always much room for misunderstanding whenever people use English as a second language - from me as much as anyone else. However I do read everythiing you say, and you are most welcome to query anything I have said, or ask for further explanations. I do try to chose words that can easily translate. There are plenty of misunderstandings between people who both speak English as their primary language.

Remember, the Palestine people have been suffering for a very long time, with no resolution in sight; and this is entirely Israel's fault. I do see that in many ways you are powerless, since you do not have US citizenship, but you do need to be more incisive if you wish to be properly respected on the basis of the comments you make publicly.

My apologies for being so aggressive. I have become very used to dealing with an appalling standard of behaviour on YouTube.

I believe that straight talk is one of the few ways inwhich this world may start to move forward towards a genuine political stability where everyone has a reasonable chance to live a satisfying and fulfilling life.

Wars seem to be starting up all the time, and it is all so totally unnecessary, and truly hideous for those caught in the crossfire. I would like to see more people make the effort to examine what is really going on.

I was particularly annoyed by another discussion that was posted here this week, some Biblical nonsence that seemed to be an attempt to justify Israel's military aggression - and that is why I responded in the way I did, because when no one else offers any criticism, it appears that you all accept what is being said.

well. first of all you shouldn't be such an aggressive.i suppose you have never been in Israel nor in Palestine.

You really cannot understand the situation, and if you are talking about the land- it is an Israeli land as it was written in the Bible. The conflict between the two sides has been since ever, and hopefully will end , but as it seems now- there's no hope. Israelis protect their children, what can you say about the famous photo of the Palestine solder, holding an Israeli gun which is pointing on a small kid ? by the way, the clothes which the soldier was wearing were the Israeli-military's (IDF) uniform. and here is a photo for you, my dear: 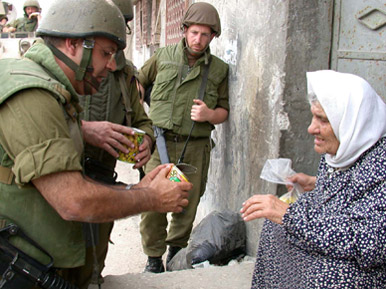 have a great day and Purim Sameah ! 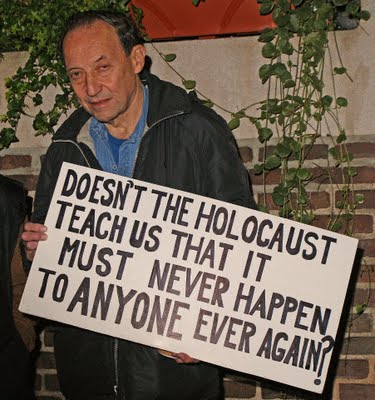 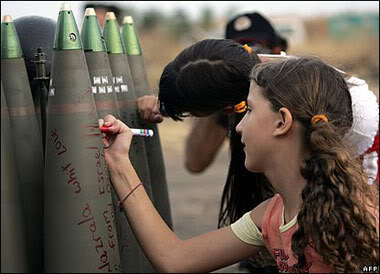 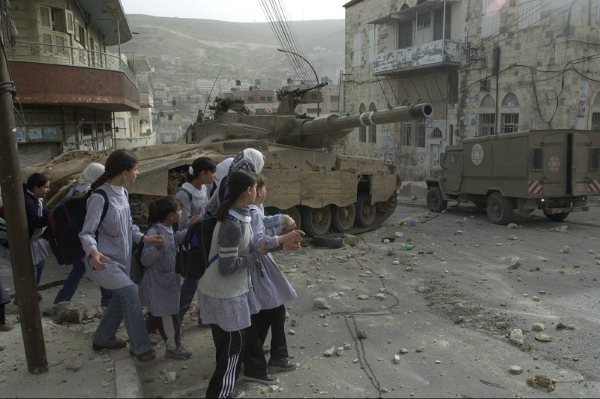 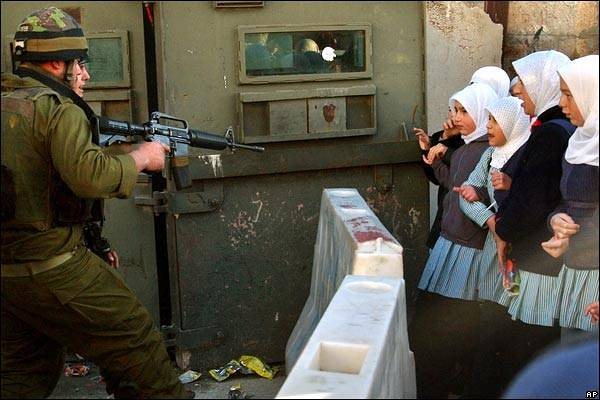