Gaza Sderot: Life in spite of everything

Gaza (Palestine) and Sderot (Israel): Report on the life of men, women and children in two cities on the Israeli Palestinian border. Tell about the reality on both sides. Despite of many dangers,

Gaza Sderot: Life in Spite of Everything (Group description)

Gaza (Palestine) and Sderot (Israel): Report on the life of men, women and children in two cities on the Israeli Palestinian border. Tell about the reality on both sides. Despite of many dangers, air bombings and rocket attacks, those people never stop working, loving, and dreaming. Life despite of everything.

During two months short videos (2 minutes each) on Gaza and Sderot. Every day, one video from Palestine, the other one from Israel. One without the other only would show part of the reality.

This program was broadcasted daily from the 26th of October to the 23th of december 2008.
You will find 40 episodes (80 videos).

This group does not have any discussions yet.

You need to be a member of Gaza Sderot: Life in spite of everything to add comments!

I use both examples of how the people of Gaza and Sderot are suffering as a results of this perpetual conflict.  But it always gets into a contest of who deserves it the most.  "I am an American Jew, so the Palestinians deserve to suffer.  I am an American supporter of Palestinian rights, so the Israelis deserve to suffer."  When will this sick competition end?  In Israel and Gaza, and their pampered supporters abroad.

Many of us have valuable pearls of wisdom we can share with the world and never get a chance.

Please feel free to consider imagining this as a written TED.com stage and respond as if you were actually giving a short TED talk.

This is my talk: I am applying to speak at TED 2013 about my efforts to build upon Jeremy Gilley's International Peace One Day UN Resolution (A Res 55/282). I have actually proposed to the United Nations that an International Peace EVERY Day Treaty For Global Truce and Global Cease Fire be submitted to all nations for them to review and sign. I call for all 192 world leaders to come together in the United Nations on 9/21/12 to sign the treaty. They are invited to raise their right hand and in unison say "Global Truce Starts Now! Global Cease Fire Starts Now! May Peace Prevail on Earth and Let It Begin With Me! Then all 192 world leaders are invited to simultaneously issue cease fire orders to their military commanders. I am inviting religious, educational and informal leaders to take part also!

I have already written to many world leaders and submitted my idea to them. I have submitted this proposal to the UN Secretary General. I have requested to meet him and asked if I may speak about this idea to the entire UN General Assembly and the entire UN Security Council.

I am inviting all humanity to help make this idea viral. I believe we can create peace. I had to imagine peace and conceptualize backward from the premise that peace is possible. I then reverse engineered. I asked myself what would we need to do to get a global truce and a global cease fire put into place and adhered to.

I wrote up a 200 page proposal containing over 500 ideas onwww.goingforaglobaltruce.com This is a never ending project that we have to work on 24/7/365. It will take all of humanity's brilliance to figure out the solution to this problem. It won't be easy but nothing worth while is. I challenge humanity to end all war! May peace Prevail on Earth! 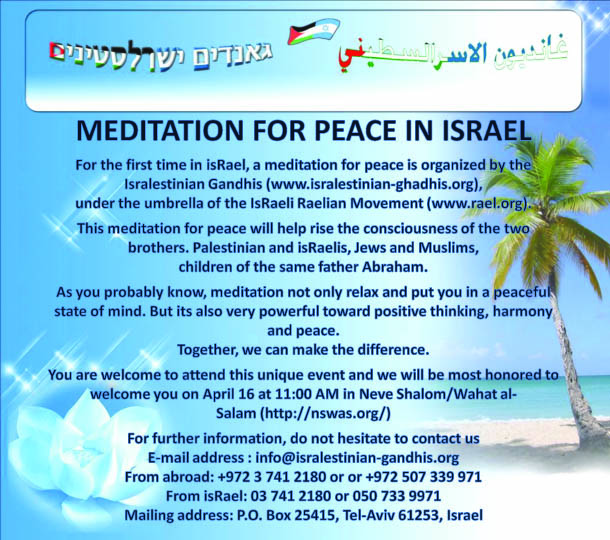 Comment by Stephanie Chase on June 3, 2009 at 6:28pm
Hi Ayse.
Unfortunatly, it is the Israeli government that is not allowing for the people of Gaza to visit Sderot and vice versa, since there is a conflict that is going on, and Hamas is in power.
Maybe we can see a change drastically soon :)

Comment by Ayse Kalifa on May 12, 2009 at 11:22pm
nobody gets the point here
why Sderot people dont invite their neighor from Ghaza to live with them ?
200.000 Ghazanian lost their housing Sderot area is huge enough, or ?

Comment by ankaranakliyat on April 20, 2009 at 3:12pm
I will be reading, rather than talking. I intend to focus on books, and also use some internet sites. Ankara evden eve nakliyat şirketi olarak bizler sizlere en kaliteli hizmeti veriyoruz.evden eve nakliyat
evden eve ankara firması olarak With any luck, you won’t be hearing much from me, for about 6 months, maybe longer. Once I would have said, evden eve ankara kaliteden ödün vermeden evden eve yapıyoruz.
ankara evden eve szilerde kaliteyi ucuza lamak için bize başvurun.
This year I’m planning to become more familiar with political and historical issues in Israel and Palestine. evden eve evden eve nakliye firmaları.
1 year, and this war will be over. (That is the way I thought for about 40 years.) Now, I know better than to think that..!!!
We decided to choose an age at with we would like to die, rather than suffer. My cousin chose 71, which alarmed me, since she is already 65. I chose 75. A day or so later, I started to think, what is it I still want to see or do with my life ?? I decided I would like to see a satisfactory resolution to the Palestinian problem, in my life-time.

Comment by Susan Snow Collins on January 29, 2009 at 2:17pm
Thanks for the invite! I am trying to access the videos you mentioned. From my heart, love and deepest respect for the aims of this group.
Susan

Comment by ismail abazied on January 21, 2009 at 4:34am
And I bear all the feelings of regret on what happened in Gaza want the continuation of life as one and we want the people of the Middle East at the beginning of the General Conference and of the coexistence and dialogue between religions and races in the Middle East (Jordan, Palestine, Israel. Syria, Lebanon) and We have this idea I had after the war in Gaza because we want to live and our children live far from the war want peace between the Arabs and Israel and I want to be young people who start coexistence By this, because the future is ours and not for the outdated and backward ideas and reactionary
We want peace in the Middle East and coexistence between nations, therefore I hope that you are the advocates of this ideology that does not skimp on the ideas and opinion and the support and advice and guidance or in any way you can help me and in the future to achieve peace between the Arabs and Israel for the future
اسلام على الارض و للجميع 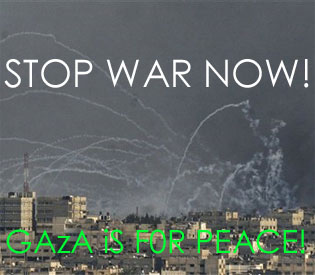