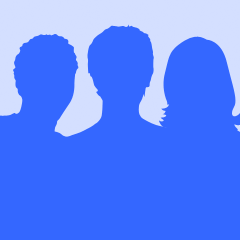 connecting peacemakers who are gay, lesbian, bisexual, trans-gender or LGBT-Allies throughout the middle east and the rest of the world.

You need to be a member of LGBT Peacemakers to add comments!

I am the founder and the organizer of : Iartexpo art as a bridge for peace, International art expo and exhibit,
a non profit organization,
to help Israelis and Palestinians artists, to exhibit together to dialogue together.. Here in Israel.
and (hope) in Ramallah

Face book page iartexpo2012 art as a bridge for peace
https://www.facebook.com/pages/Iartexpo2012-Art-as-a-bridge-for-Pea...
I hope you like the idea.
We are starving for aid and help, most the time I work alone.
We are helped by our volunteers.
We need resources.
We seek for Sponsors to help us realize our project.

I do not make it any of my business, on what people like to do in their private lives, but if gays and lesbians are to be a part of this process, then I say we need all the help that we can get.  I heard about a delegation of Jewish, Muslim, and Christian gays and lesbians arriving in Jerusalem to show their participation in formulating peace.  Considering that some of these people come from backgrounds that do not approve what they are.  I knew an Orthodox rabbi, who let us congregation know that he was gay.  When I lived in Amsterdam, Dutch television news did a story about a gay mens mosque there.  The men interviewed had their face blurred out, and their were given pseudo-names.  Most of these men were from Turkey and Pakistan.  At the end of the report, they would not reveal where this mosque was at, so other Muslims would not know its location.  So I am sure that sexual minorities have to try to deal with acceptance within their own communities, to be able to relate to coexistence among Israelis and Palestinians.  It would be interesting know what precisely they are involved in.

"Between December 3 and 10, Israeli Gay Youth (IGY) plan to hold a World LGBTQ Youth Leaders Summit in Tel Aviv, sponsored by the Municipality of Tel Aviv, the Israeli Ministry of Education, and the Israeli Ministry of Foreign Affairs, among others. Pinkwatching Israel have called on all LGBTQ people of conscience to boycott the Summit as it directly violates the guidelines of the Boycott, Divestment and Sanctions Campaign against Israel by accepting funding from the Israeli government. As part of the campaign to expose IGY's complicity in Israel's colonial and apartheid regime, Pinkwatching Israel have taken items directly from their Summit program and exposed the things they don't want you to know about them. Check it out here." - from http://www.pinkwatchingisrael.com

I think that IGY and most Israelis have the best of intentions when it comes to LGBT issues. Unfortunately the Palestinian Queer BDS movement highlights a profound disconnect between our cultures, which has been caused by the inequalities inherent in the system of occupation. Most citizens and western supporters of Israel are oblivious to the Palestinian struggle, because the Palestinian narrative is practically inaccessible to those of us not living through it. Because Palestine is a nation under siege, it becomes quite a laborious struggle to reach those people behind the wall and listen to their stories without interference from Israeli suppression and propaganda.

For some Israeli officials, pinkwashing is a conscious tool to cover up the realities of the occupation. But even those of us with the best of intentions would not consider the points raised here in relation to an innocent attempt at empowering queer youth. What do YOU think about all this?

Comment by Corey Gil-Shuster on May 16, 2011 at 1:24pm
I agree Shafqat. the most equal relationships I have seen between Israelis and Palestinians in the region are between gays and lesbians.

Comment by Shafqat Ali Khan on May 16, 2011 at 7:30am
Gay could play a vital role in the peace process. In fact, we have to see that how they could recognized themselves as a good potents of peace around the world.

Comment by daniel klein on July 10, 2010 at 1:03am
Hi Rebecca, thanks for your thoughts!
I posted the article because I do feel it raises some important points. Gay life in Tel Aviv is great, and I am thankful for that. However, even before I saw this article I did have some similar feelings and thoughts. It is hard to feel good at pride when you think about how many other minorities are mistreated at the same time.

Comment by Rebecca Kramer on July 7, 2010 at 3:06am
I read the article, and I have to say, I'm conflicted. I've been to Israel, but only for ten days, and mostly on a tour bus. So I didn't get such a real experience of the place. But of the short time I was there, the impression that I got was that Tel Aviv was accepting, and that most other parts of the country were not.

I remember seeing a film on gay pride 2006 that was based in Israel, and actually discussing the homophobia in Israel and how all of these religious leaders who normally fought amongst one another were now banning together to ban the parade from happening in Jerusalem. It's called Jerusalem is Proud to Present.