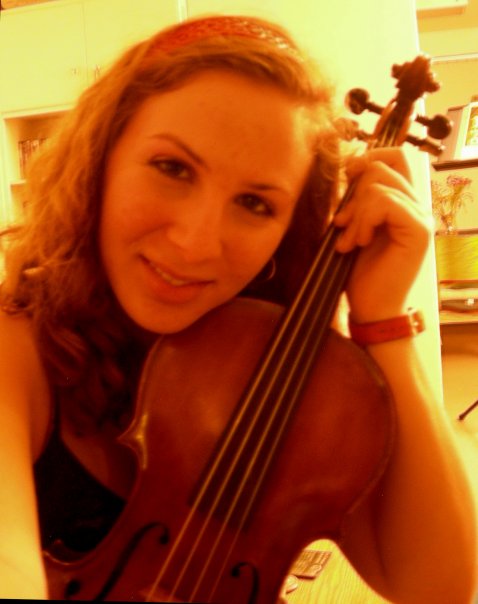 I am a senior at the University of Miami's Frost School of Music. I play the viola and study music, international studies, and public relations.

As well, I am one of the co-founders of the University of Miami student organization, Jews and Muslims, better known as JAM.

Why I want peace:
We're not so different, so let's make peace. Let's watch our children grow to love and not to hate.

Something you didn't know about me:
I played in a Klezmer band when I was little.

How I found mepeace.org:
through friends

What I want to achieve here:
Network with others who are interested in using music as a tool for social activism in resolving the Israeli-Palestinian conflict and improving Western/Eastern relations.

Victor Filipov said…
This is just first part of our unique story. its not completed. However, I would like you to read it and give us your opinion. My friend was a memeber of Peres Peace Centre, and we both would like to share our story. we believe that there are probably other people with the same stories. however, our story is unique, because I was the only Jewish-Israeli in this isolated Island, dealing with Large community of Muslim from different Arab countries.

Victor Filipov said…
I would like to share with you my story with what has become my best friend, a Muslim Palestinian who was born in Jerusalem and raised in Bethlehem (West Bank). We both came from the holy land to Newfoundland (Canada) in the same year, same semester and same ESL (English as a Language) class. I have never thought that I would meet such a person in an isolated island, I thought got away from dealing with politics. Omar was not hesitant about approaching me and seemed to me like an open minded person, even though he was born and raised in Palestine and I wondered why as I thought that the Palestinian hated Israel. We both talked to each other and shared some stories back home, but things were not that easy, since the situation was sensitive. We would talk to each other in class, but outside the class we would not see each other. the first semester we spent time together in class was a chance for both of us to get to know one another. We both avoided talking about politics because the sensitivity of the situation. During the second semester, Omar introduced me to his other Arab friends (Jordan, Egypt, Saudi Arabia, Qatar), omar was aware that his own friends would criticize him for introducing an Israeli guy who is seen by them as an enemy. He also realized that he would lose some friends because of me. I was trying the best I can to treat my “new Arab friends” with respect. Omar also managed to convince his friends that I was not an enemy but rather a normal human being who is here in Newfoundland for the same purpose as they are. Omar seemed to ignore politics and religion and focused on the friendship and to learn about Israel from an Israeli prospective.

I'm doing International Studies, too, but - unfortunately and probably due to a lack of talent - without music..

Welcome, again, to our network. I'm looking forward to your contributions.

participate in an Event,

if you have a question, see our FAQ.

want to Support us?

and Invite your friends to join us.