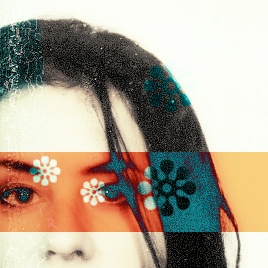 the deportation of Darlene Wallach

URGENT! Come help stop the demolition of a mosque in Wadi Na'am, Israel!

Fear follows crime and is its punishment. ~ History should be written as philosophy. ~ I do not agree with what you have to say, but I'll defend to the death your right to say it. (Voltaire)

Why I want peace:
because I want to meet the real people

Something you didn't know about me:
many things :P

How I found mepeace.org:
through a friend

What I want to achieve here:
to share my observations
http://sites.google.com/site/palestinebrain/

CC: Mr. Shimon Peres, President of the State of Israel

In early November, Ali Baher, Chairman of the Arab Students Committee at the Hebrew University in Jerusalem, was detained for three hours, questioned, summoned to a hearing pending suspension, and evicted from his dorm room - all for refusing to shake hands with Israeli President Shimon Peres.

Ali was studying in the university library when the president walked in and began shaking hands with the students. Ali refused to shake Peres's hand, accusing him of being a "child killer". Ali also reminded the president of the infamous Israeli shelling of a UN compound in Qana, Lebanon, in 1996, under Peres's premiership.

Immediately upon the president's departure, Ali was detained by security guards and questioned for three hours. The next day, his dormitory room on was broken into. After he filed a complaint with the university authorities, he was told that his dorm contract was terminated, and that he was to evict his room by Tuesday, November 11th.

We believe that while Ali's behavior may have been unpleasant, it falls firmly within the idea of free speech and free expression. We believe that the shameful treatment is first and foremost a political persecution, stemming from a desire to silence the leading advocate for the rights of Arab students on campus.

We demand that Ali's student card be restored, his dorms contract reinstated, and all proceedings against him will be stopped. We also demand that the University apologizes to Ali for this gross impingement of his freedom and dignity, and that the incident be struck off from his disciplinary and academic record.

We also demand that the President of Israel - publicly and ostensibly committed to democratic and liberal values - make clear his position on this outrage.


Support Israel's young conscientious objectors. WWW.December18th.ORG Shministim say why they refuse to serve in an army that occupies the… Continue

Meet and Join the Jewish Voice for Peace


See the faces behind Jewish Voice for Peace and why we work to end the occupation of Palestine.

if you have the chance to see "Waltz with Bashir" don't miss it !!!

Among the most intriguing movies selected for Cannes 2008 official competition, there's the animated documantary by Ari Folman, Waltz with Bashir. The director explores through memories and surreal images, the Israeli Army mission in the first Lebanon War of the early… Continue

Right of Entry to OPT for people in film industry

fesalk411 said…
A True Story By Faisal Al-katib
I am a Palestinian Arab from Hizmeh, a village between Jerusalem and Ramallah. When I was 15 years old I fought against the Israeli Occupation in search of freedom. At that time I thought every Jewish person, whether soldier or citizen, man or woman, young or old, should be killed. I rejected the right for any Jew to live and every Jew was a target. I was just a kid, believe me, and I didn’t understand anything about politics or the Arab-Israeli conflict. I was arrested and sat in jail for 12 years. This was during the first intifada from 1987. At that time nobody talked about peace but only of violence. I matured during my time in jail. I started studying and reading books on politics, literature, poetry, and about the Madrid Conference.

Hi Davinci, Thank you for being my friend.
Love and peace. Greetings: Thea

check this out: Amira Hass returns to Gaza after a two-year absence

Stephanie Chase said…
Thanks for the add! :)
Glad to meet another activist on here!
How did you become interested in the situation?
Take Care
Stephanie :)

Lennart Sundström said…
Thanks for being a friend of yours, I am honored.

I invite you to comment here: Humans in Wolves clothing - how do you envision shared future which doesn't exclude anybody.

Rachelle Fender is now a peacemaker on mepeace.org
1 hour ago
Welcome Them!