PEACE AND STATEHOOD FOR CANAAN, USA

THE AMERICAN STATE OF CANAAN, USA 51


The impasse of Israel-Palestine has frustrated every attempt to clear through it. But the impasse can be broken through! By a simple, fair, and effective means! The admission of a 51st State combining Israelis and Palestinians! Call it Canaan, USA . Call the American citizens of the new State "Canaans".
The original UN 1947 resolution partitioning the British Mandate of Palestine into two states has failed; the two states cannot even… Continue

MEPEACE surpassed 2,500 peacemakers this week. Thank you for contributing to this success: Please enjoy and share these recommendations:

My Introduction for the friend 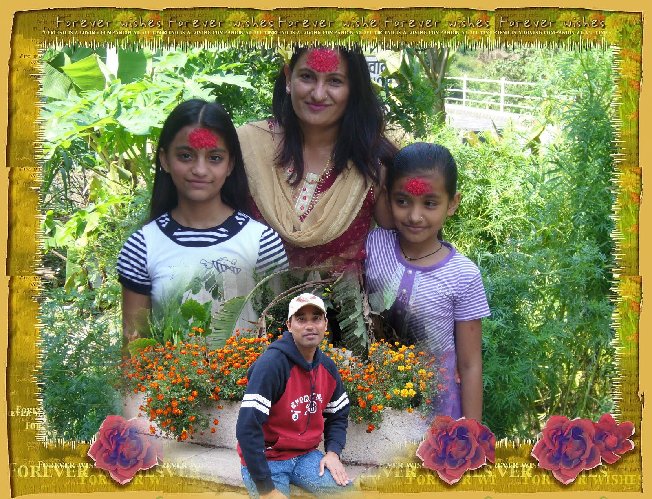 Im Lalit kunwar I live in[kathmandu] Nepal.I have a good family.My family is join family because Nepali culture in side many people stay longer together with Father Mother wife and children thats why we have always happiness to living toghter. My born place as Palpa Districts in hillside place so we have good environment and clean place peace and nice. I have two daughter and wife and me four people.we live in… Continue

Our website continues to be updated and added to. Last night we had a Preschool Cafe party and today we had a Shavuot party. Pictures of both are up on the site! As before, we have to make room on our main menu for the new pages but all the old pages and pictures can be found as items on the Photos page.

We hope you like the new photos! Don't forget to pass our web address on to all your friends… Continue

Try to speak positively about Israel in an Arab country...

May peace be upon all. I tried to explain this problem somewhere else as well. If you are living in the Arab world you usoually hear only bad stuff about Jews or Israel from both media and people. Arabs have no chance to meet any Israeli otherwise many would change their mind. I am living in Egypt now and I lived in Qatar as well. What does it mean when I speak positively about Israelis in front of people here? How do they react? I can tell a story of my Egyptian friend, who is a religious… Continue

Are the Stars in Proper Alignment for a New Middle East?

Say what you will, the Middle East is a mysterious place. The person who says he knows what will happen there is either foolish of naïve. And yet, there are signs afoot which may point in a new direction, one that is more hopeful, and which hints of a better day and a brighter future.

Whatever else it was, 9/11 was a wake up call of sorts. The horrific events of that day said to the world that there are pent up resentments in various parts of the world, which are festering, which may… Continue

Hi, I’m Erik van Zuylen, 24 years old. I would like to present my Masters Thesis in the Political Sciences. I’ve worked on this for almost two years. It has been very well received so far, graded 8.8 out of 10. This has motivated me to make an effort to beat the ‘iron law of Masters Theses’: “the Masters Thesis shall never be read again, as soon as it’s graded”.

The study of ‘political regime change’ is one of the main fields of study in political sociology, although it has usually… Continue

I blame you - the passive aggresive way to avoid solution. prime condition for change

Friends you dear to me. I am here to talk, not to blame or fight, because I see the truth of your position. I wish you to see some of the more complex truth of how to create change.

we have knowledge that is not Jewish, it universal knowledge of who we can crate a future. we can share with palestinians and Israelis. we can work together to build the only one possible future - that include all of us, from the refugees in Lebanon to the settler of Hebron.

Music and Spiritual Practice - An Overview of Poligraf (part 4)

(The Wheel of Becoming - Symbolic Representation of Saṃsāra in Tibetan Buddhism)


Poligraf's first album is entitled "Samsara." Traditionally, the term refers to the Buddhist concept of the cycle of birth and death in which all beings in the universe take part and which can be escaped only through enlightenment. Personally, I agree with the view that it is rather that very same process of… Continue

Music and Spiritual Practice - An Overview of Poligraf (part 3)

Poligraf has been an essential part of my life since its inception at the beginning of February 1998.

The adventure began after the collapse of a band that probably never really existed as it only had a handful of rehearsals, but for which I had already written a lot of material. Left alone at the helm, I connected with a group of experienced musicians via a co-worker friend and after agreeing on a general aim and formula, we raised sail… Continue

Music and Spiritual Practice - An Overview of Poligraf (part 2)

(Buddha the Conqueror by Nicholas Roerich)

Buddhism has been an essential part of my life since the mid-90s.

The adventure began when I stumbled upon a feature in an encyclopedic dictionary that highlighted the Four Noble Truths. That finding immediately sparked my curiosity and a few days later I was buying a copy… Continue

I do not think the right argument work for us; The Zionist never had the right to come to Palestine. They did it.
The issue of rights as some describe it as "word of god" is actually a tactic to get a position in negotiation; but Israel clearly hold the power position.

In Moral Issue I ask about the duty. when we bring issues of morality we need to check whos the duty, because the duti have… Continue

To Promote Peace.... In The Middle East

To promote peace… in the middle east
This short article is an attempt to offer a different view on the conflict between Israel and the Palestinian people.
I know that a lot has been written (and said) about the conflict in a way that focused on the question "whose fault is it? (or who started it…)", but I’m not going to deal with that question here at all. The reason for that is that I think it’s better to improve the present and the future rather than to deal only with the… Continue

In my religious tradition, I am taught that it is a quest in life to become as a little child. Becoming as a child allows me to enter the kingdom of God.

(While not directly related to this to topic, I wish to share with you my personal belief and perception of the kingdom of God, so that you may understand what I say. While I do believe that life does not end at death (thus, an afterlife), I do not believe that heaven/kingdom of God is given as a reward after this life to certain… Continue

This 3-day seminar near Munich, Germany took place at the former site of Föhrenwald, a Displaced Persons camp for Jewish Holocaust survivors.

Among the 30 participants were several children of Jewish Holocaust survivors and many children of Nazi perpetrators. Each of us came to Föhrenwald in search of healing and understanding for a part of ourselves or the essence of a loved-one who lives inside of us.

Part of us cannot find peace or come to… Continue

Music and Spiritual Practice - An Overview of Poligraf (part 1)

Music has been an essential part of my life since the end of the 80s.

The adventure began during the second of my four years of studying electrical engineering at Université Laval in Québec City. Through various friends and contacts I reconnected with progressive rock, a form of music to which I had already been exposed to in my youth thanks to my older brothers and sisters. Hearing the music of bands such as Yes, Rush, Genesis, and King… Continue

2,400 peacemakers and our new recommendations

We are more than 2,400 peacemakers. Thank you to each of you. Please enjoy our recommendations:

Discussion
Israelis who seek bringing change this is your moment to act. recognize the Nakba – Neri Bar-On…
Continue

This short article is about a possible social vision.
The vision is that different people can live together in a dynamic social harmony.
I think and believe that each and every one of us has the right to live their private life as they want, as long as they don’t harm others. Each and every one of us can imagine how they would feel if something they enjoy doing (and doesn’t harm others) was forbidden. Imagine that for a moment.
This is the beginning (but not the end) of building… Continue

Hi,
Within the next link, you'll find (and hopefully read) a short article (about 1.5 p.) I've published.
The article is about A Possible Vision: Social Harmony.

Enjoy the reading & have a nice day, Asaf