from the bouphonia blog's weekly post entitled "friday hope blogging", i found a link to this web site:

Man With a Hoe

THE MAN WITH THE HOE
by Edward Markham

Bowed by the weight of centuries he leans
Upon his hoe and gazes on the ground,
The emptiness of ages in his face,
And on his back the burden of the world.
Who made him dead to rapture and despair,
A thing that grieves not and that never hopes,
Stolid and stunned, a brother to the ox?
Who loosened and let down this brutal jaw?
Whose… Continue

Meet Libby and Len Traubman - Peacemakers of the Week 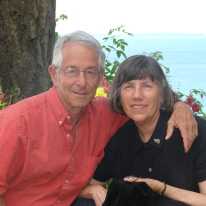 Libby and Len Traubman are an inspiration to the thousands who know them. I heard about this California couple when I participated in a dialogue between Palestinians and Jews in New York. This special couple dedicated to bringing people together in dialogues groups, peacemaker camps and other varied projects they have initiated. They are responsible for a great deal of co-existence and good relations between Arabs and… Continue

A Petition for truly Peaceful Petitions -- By another Donna

Whilst this petition was triggered by some politcal games here in Australia, it seems to that it is universally valid

If you feel heartbroken when words are used as weapons please sign Donna’s petition at
http://www.thepetitionsite.com/6/a-petition-for-truly-peaceful-petitions.
Or
http://tinyurl.com/2oo25u

I trust that all who sign, also value the work of organisations like:
== http://www.crnhq.org/
== http://togetherforhumanity.org.au/ and
==… Continue

Where else to find me

I keep a blog at ignoblus.blogspot.com

Hello
I am studying the word compassion for some time and i want to share with you the things that I have learned and the relevance it has for peace.
Compassion is a way of being which encompasses a few feelings:1. Love and empathy - to love a fellow human being just because he is a human being like you, who like you his life is very fragile and can end at any minute and like you is suffering at times and happy at other times. 2. Clearity - a compassionate person looks at his fellow… Continue

What's so funny about Peace, Justice and security?

I have been wrestling with the concept of peace with justice. Rationally, I understand that a peace without justice is not a real peace. It would be a detente, but not really peace. On the other hand, when the word justice is used like a flag, it feels like a threat to "the other". They wonder "what do you mean by justice?", "Do I need to give up my home, my way of life, my security?" I agree that justice has to be the endgame, but to demand it up front is very similar to demanding "security"… Continue

My mantra for Peace


As long as those who hate are not aware of those who are manipulating them, this song can never enough be spread over Internet. We are not and were never separated countries. The air, the sunshine and all the elements are for everyone. And after all if some people would not be polluting and destroying our earth with their war games, there would be enough for everyone.…
Continue

Bringing the sun back. That's what we were doing after a week of bright sunlight in Amsterdam was replaced by mist. Almost 3,000 flowers came to Amsterdam for The Valentine Peace Project.

Volunteers came, the Dutch Flower Council sent a photographer, - lots and lots of kids and members of the Pijp community center gasped and awed at the bunches and bundles of carnations, tulips and irises shuffling from room to room as poems were wrapped, tied or taped around them. 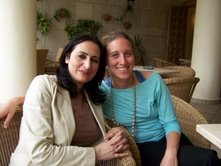 Yael Patir is smart, determined and generous. Indeed, when I asked her to submit her photograph for this feature, she submitted a picture featuring her (on right) with her capable Palestinian partner, Nancy Sadiq. These two women share responsibility for more than 120 organizations working for Palestinian-Israeli peace within the Peace NGO Forum (mepeace.org included). Leave a… Continue

Peace-minded residents of Gaza, Sderot blog together online by Ronit ROCCAS in Haaretz of 20 February 2008 is about peace makers: Peace Man from Gaza and Hope Man from Sderot. They walk the talk. Please support them.

Eyal: Please invite them and consider featuring them.

Here are some brief snips from the Haaretz story: 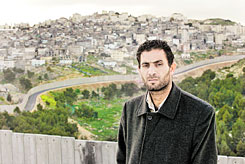 Bassam was seventeen when he was jailed in Israel for helping to plan an attack on soldiers. During the seven years he was jailed, he studied Hebrew, Jewish history… Continue

Dear Mepeace fraternity,Kenya is burning with ethnic cleansing, hatred, killing and starvation due to post-election violence. There is need for humanitarian support for these innocent children and wo…

Kenya is burning with ethnic cleansing, hatred, killing and starvation due to post-election violence. There is need for humanitarian support for these innocent children and women. Over 800 people have been killed and over 300,000 displaced!! Any suggestion as conflict resolution members!!

As former UN Secretary General is continuing with negotiation process, lets see what we can do as Mepeace community on humanitarian ground. You can contact me on:… Continue 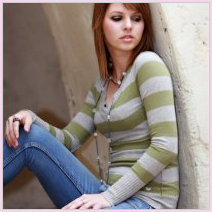 Donna Qawasmi is a proud, modern, and brave Jordanian woman. I remember how warmly our community responded to her when she joined. She shares herself openly and creatively on her page, and that helps us get to know her. Naturally, when we initiated the feature of Peacemaker of the Week to share more personal stories, we wanted Donna's story to follow the inspiration of Earl Prignitz. Our interview… Continue

A WAY TO GLOBAL PEACE FOREVER

"On the 19th of September 2005 we watched a program on Channel 4/UK titled 'Peace One Day'.
Afterwards while discussing the programme with my friends we had a good laugh... 'Good for them, one day of peace. But what's wrong with the remaining 365 days?'
Since then we have committed ourselves to spreading the invitation by the General Assembley 55/282 of International Day of Peace where in paragraph 3 we read:

"... INVITES ALL, member states, organizations of the United… Continue

The Moses Code: Global Meditation for the Middle East on April 6, 2008

From James Twyman, Gregg Braden, Debbie Ford and others. This is a planned event for the launch of a movie, The Moses Code on April 5, 2008. Coincident to this launch is a global meditation opportunity, using the principles outlined in the movie.

Meet Earl Prignitz - our first "Peacemaker of the Week" We have wonderful peacemakers on mepeace.org. We can get to know them on the pages, in their profiles, through their sharing in photographs, and videos, blogs and discussion forums. I am inspired by our peacemakers and want to inspire others by offering a deeper perspective of their personal story and quality. To do this I will feature a "Peacemaker of the Week". Meet Earl Prignitz, a pacifist and retired minister living in the United States. Earl is… 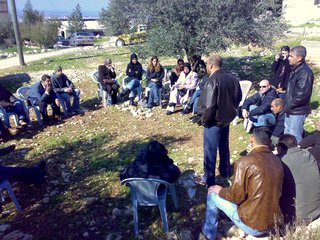 ts for Peace is a powerful group of people. These are combatants from both sides of the conflict who have laid down their arms to make peace. The Activist Theatre Group is an offshoot of the Combatants for Peace organization, who meet monthly in the Palestinian village of Shufa to make peace through activist dialogue and theatre.

I participated in their meeting… Continue

We open admission for the next "Gender, Peace building and De-militarization" international online course at TPU (Transcend Peace University). please see the details attached below, or go to the next link: http://www.transcend.org/tpu/courses.shtml?x=582…