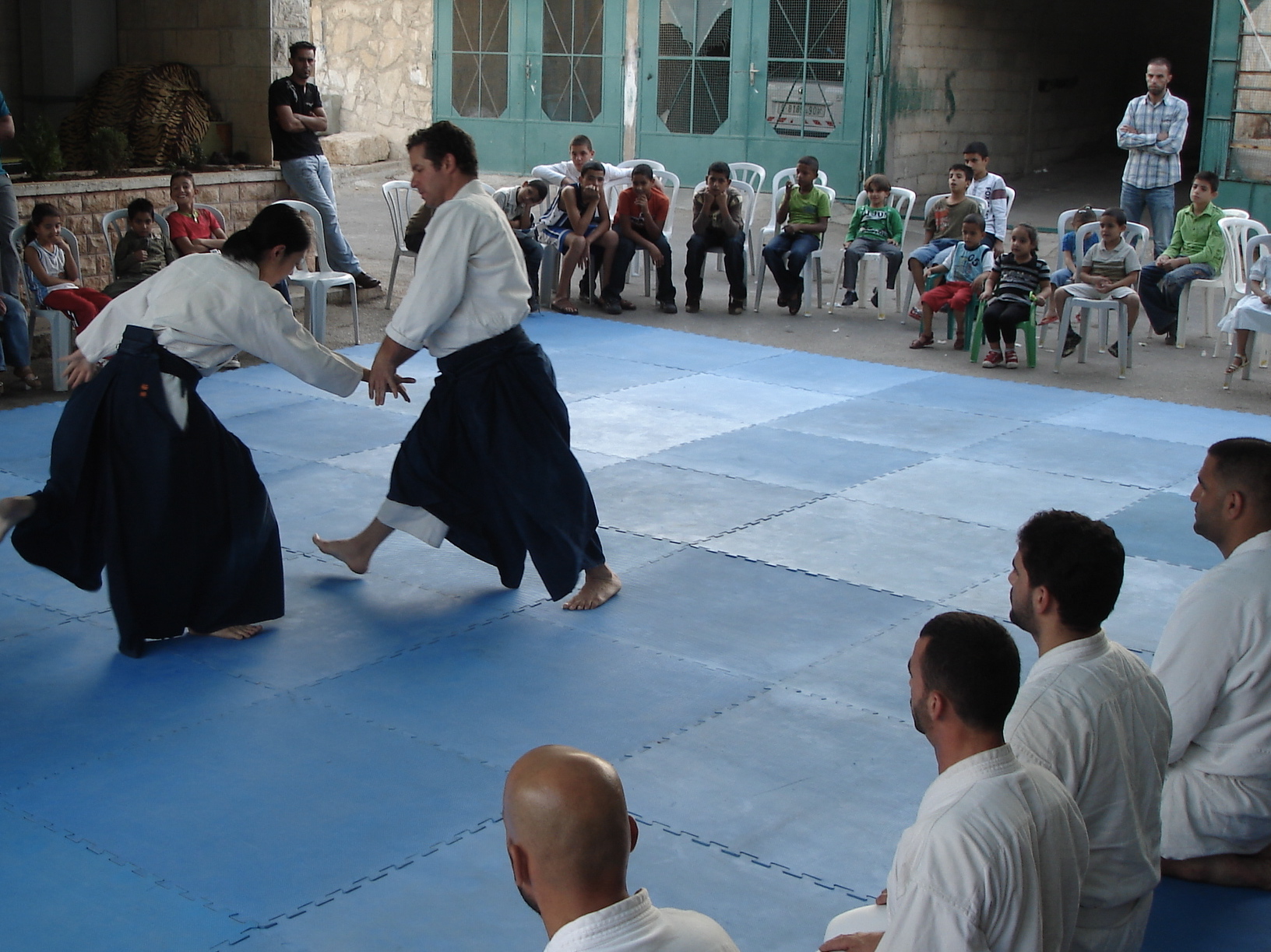 A.W.B. is a fledgling N.G.O. primarily working in Israel/ Palestine that is dedicated to bringing the practice of aikido to troubeled areas where borders, both real and imagined, perpetuate a culture of separation and conflict. Since 2005 we have been active in Israel, East Jerusalem and the West Bank. For the Bethlehem demonstration we had A.W.B. students participating from Ramallah, Jerusalem, East Jerusalem, Tel Aviv, Japan and the United States. 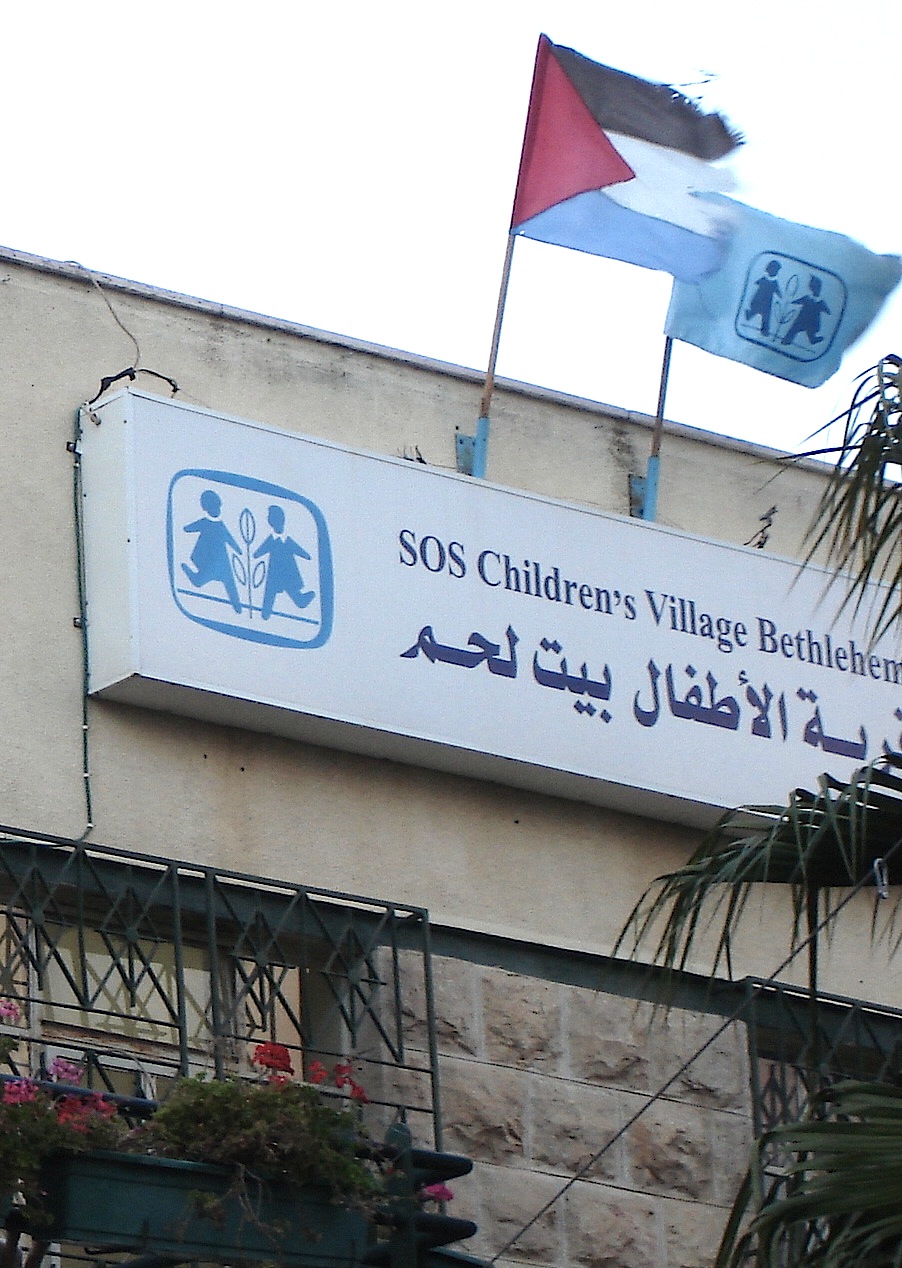 The demonstration and class were held at Bethlehem’s SOS Children’s village. SOS is an international NGO that has children’s villages in 132 countries and territories around the world. They have been active in the field of children's rights, needs and concerns since 1949. SOS’s activities focus on children without parental care and children of families in difficult circumstances. After the demonstration the members of "Aikido Without Borders" gave an aikido introduction class for the children of the village. There were about 50 kids who participated in the class and it was lots of fun. Once we got into the “ukemi” (rolling practice) the kids were able to get their first experience of aikido’s “art of falling”. 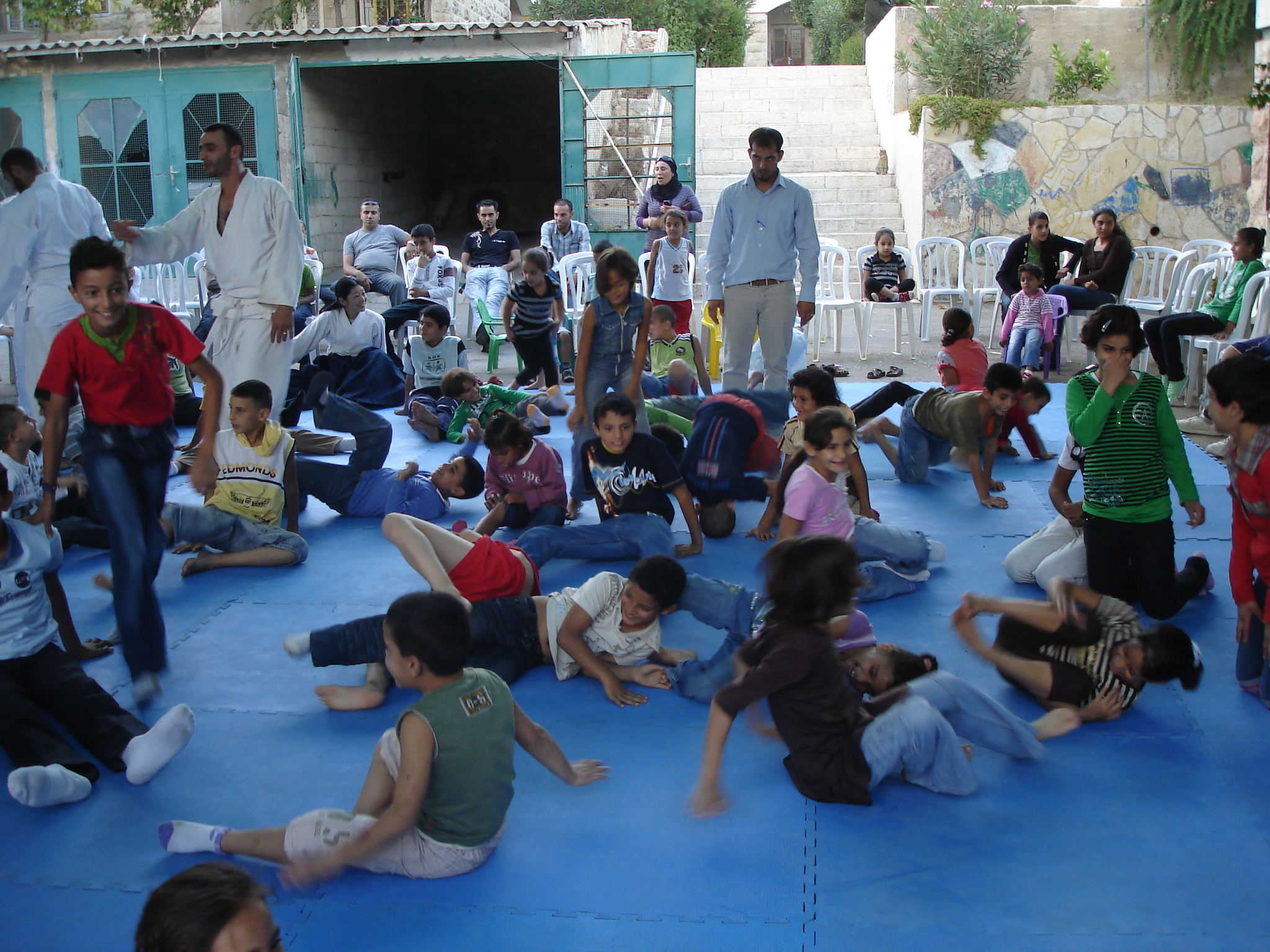 I was happy to lead the class together with a special guest from Japan, Makiko Sakurai who is a visiting student at Tel Aviv university. Makiko san is a 4th degree black belt out of Hombu dojo in Japan who also has a professional background in social work with disadvantaged children. Makiko lead the kids in basic aikido movements and also taught them how to count and say thank you in Japanese. Arigato gozaimashita Makiko san! 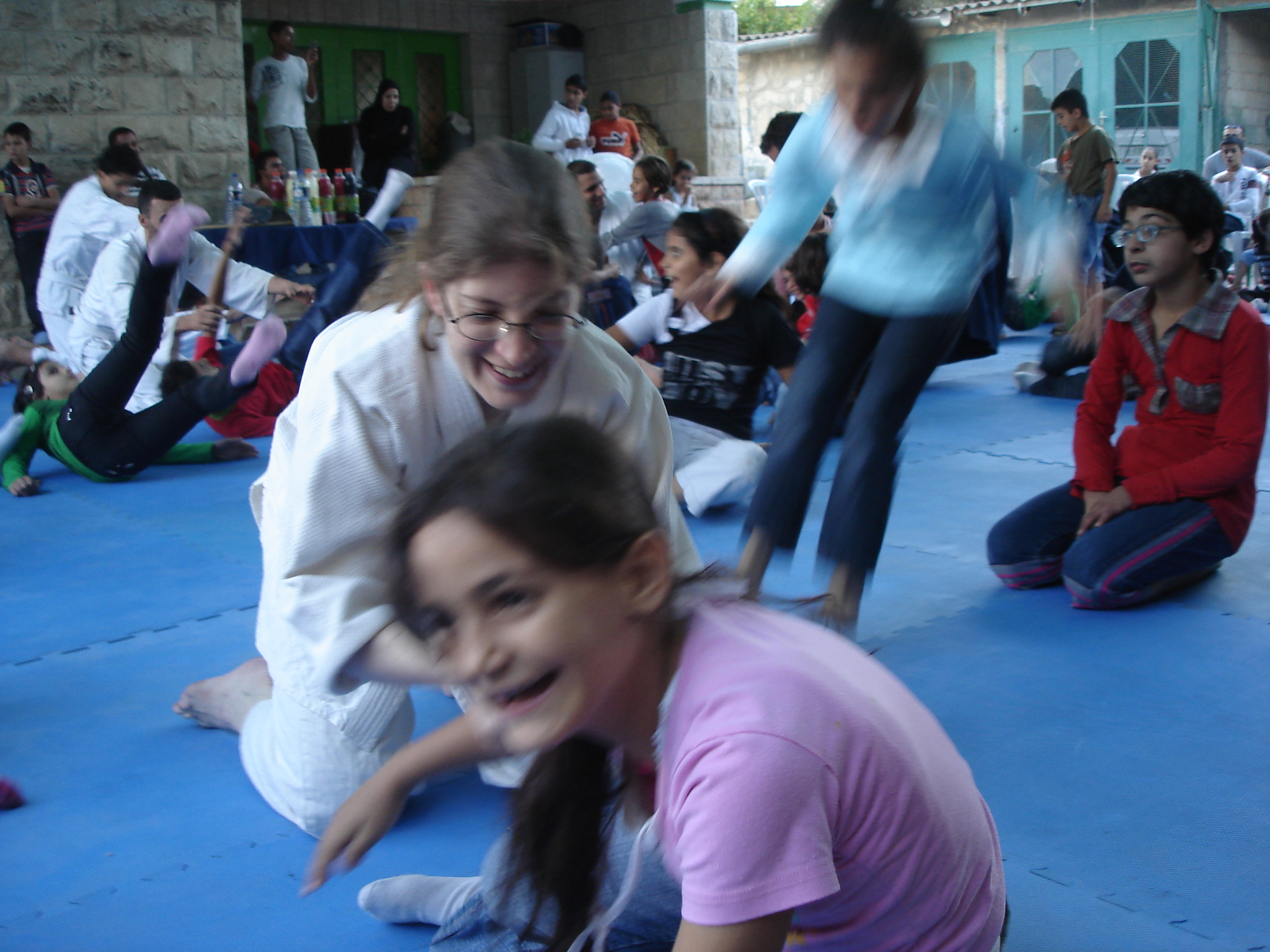 I want to give a big thanks to all the students form Ramallah and East Jerusalem as well as Deborah Hyams for helping set up this event for the kids. 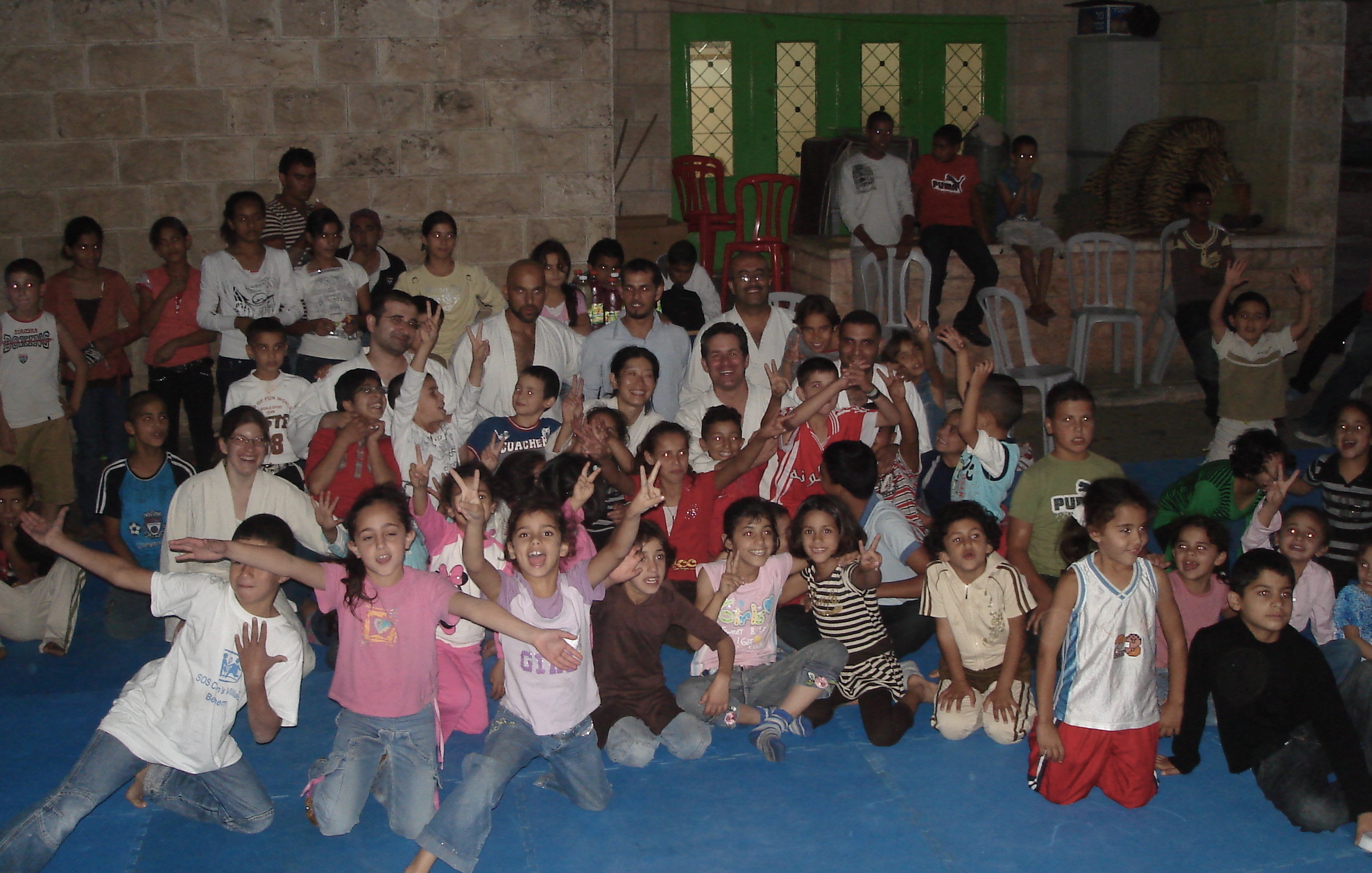 Aikido Without Borders will be starting a regular Aikido Kids project at the SOS school in Bethlehem. O’sensei said that “aikido is for the whole world”. By crossing borders, going beyond the walls, and meeting on the mat through this art, it is easy to understand how we truly are all part of one world. 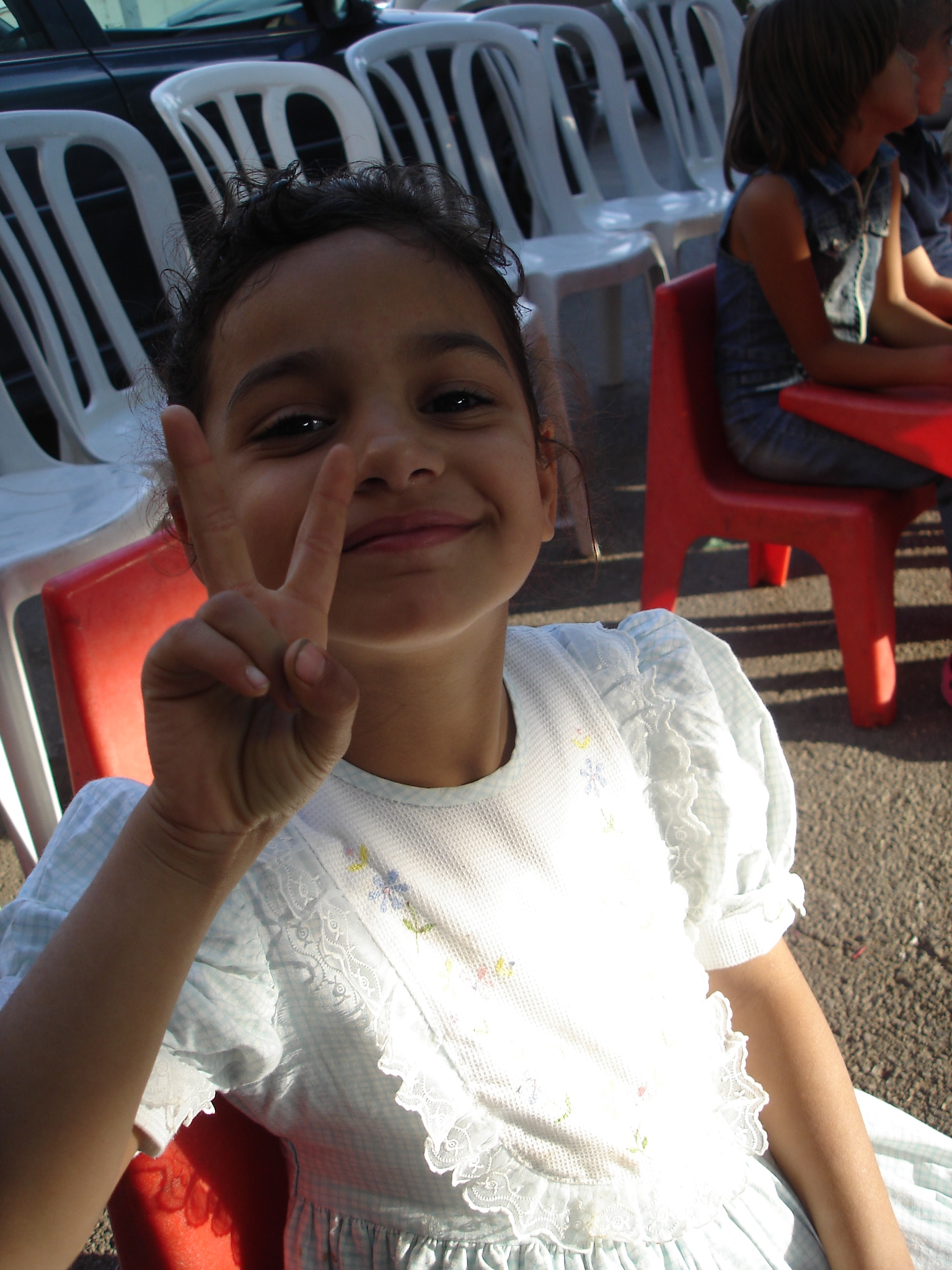 Comment by Rivka on January 15, 2009 at 12:02am
Great! I hope you manage to go further north in Palestine. It seems that interesting activities don't reach further than Ramallah, where people are so cut off from the outside world and more restricted in their movement.

Comment by mohamed ibrahem ali on October 28, 2008 at 1:54pm
I hope they have a good experience

Comment by Stephanie Chase on October 24, 2008 at 9:09pm
This sounds like an awsome organization!
I think that I saw a similar organization on tv a few years ago, which dealt with a joint program of Israelies and Palestinian children doing a program similar to this!

Comment by Judih Haggai on October 23, 2008 at 8:40pm
Achla! What a fantastic experience