Seeking: The Next Generation of Creative Peace-builders

Currently focusing on the Israeli/Palestinian conflict, 'Peace it Together' is a unique program that offers youth the opportunity to connect deeply with their so-called "enemy" while co-creating short films that can be used as peace-building tools throughout the world.

Through dialogue and collaborative filmmaking, participants learn how to communicate and work together in ways that ensure everyone's needs are being met. This newly fostered ability to create something with their adversaries equips and motivates young people to work together on peaceful approaches to ending conflict in their home countries.

We are currently seeking Palestinian and Israeli University students to participate in our 2011 program.

If you know someone who may be interested in participating in a year-long program that promotes peace in the Middle East through dialogue, filmmaking and multimedia please direct them to our application form page. 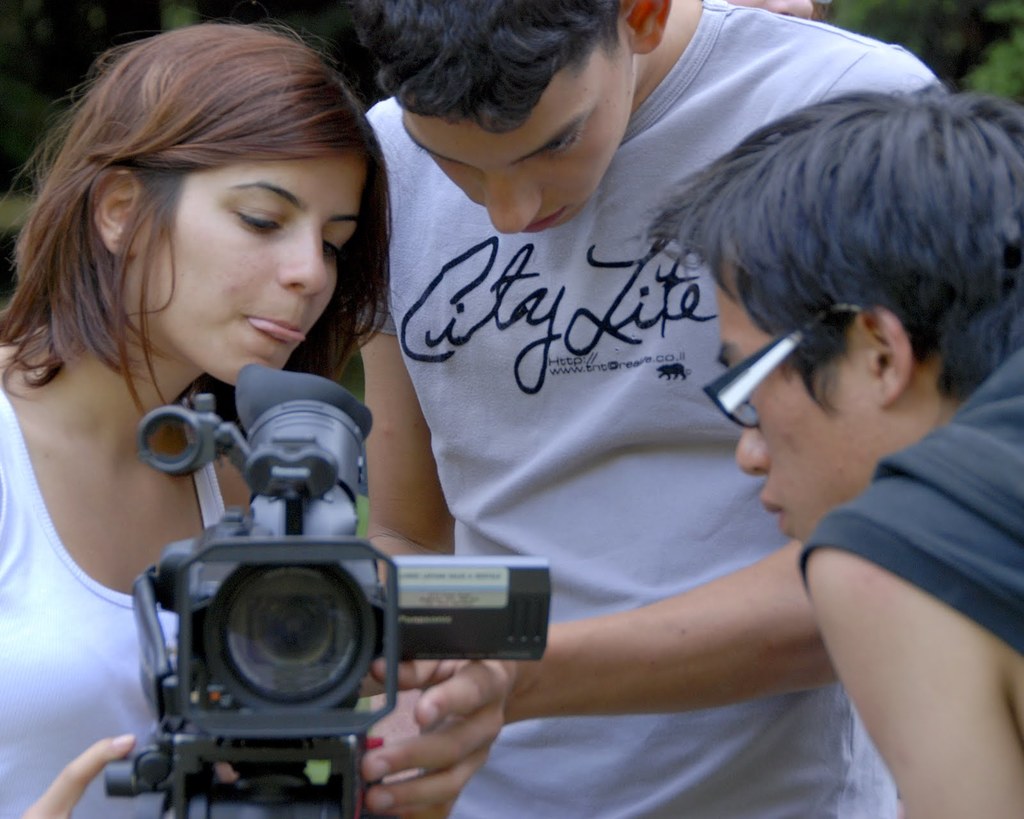 The 2011 'Peace it Together' program will unfold as follows:

In December 2010 and January 2011, led by a Palestinian and Israeli Program Coordinators, Palestinian and Israeli Project Leaders will meet in uni-national and bi-national meetings for orientation sessions to familiarizing themselves with films made during past Peace it Together programs and to develop curricula that will be used to share those films with other youth. Then, between January and June Project Leaders will facilitate film-screening workshops in their own communities with the goals of engaging audience members in dialogue, motivating them to participate in peace-building initiatives, and gathering feedback about the existing films and ideas for the creation of new films

B.) Summer Dialogue and Filmmaking Program

In July 2011, the Project leaders will meet on Canada's West Coast where they will be joined by ten Canadian participants for a 25-day dialogue and filmmaking program. After an intensive dialogue program, professional film mentors will guide small multi-cultural groups to create short documentary, drama or animated films about the conflict. The films will be publicly screened in Vancouver at the end of the session and then broadcast and screened throughout the world after that. Finally, Participants will also receive training on utilizing social media tools to promote their films and advance their peace-building efforts well beyond the completion of the 2011 summer program.

In the year following the Canadian summer program, Palestinian and Israeli Program Coordinators will organize workshops and reunions where participants will continue to develop their new leadership and filmmaking skills. They will be supported and encouraged to promote the films in their own communities and University campuses and to use their films to inspire others to work toward peace.