Soldiers are victims of the Indo-Pak Conflict 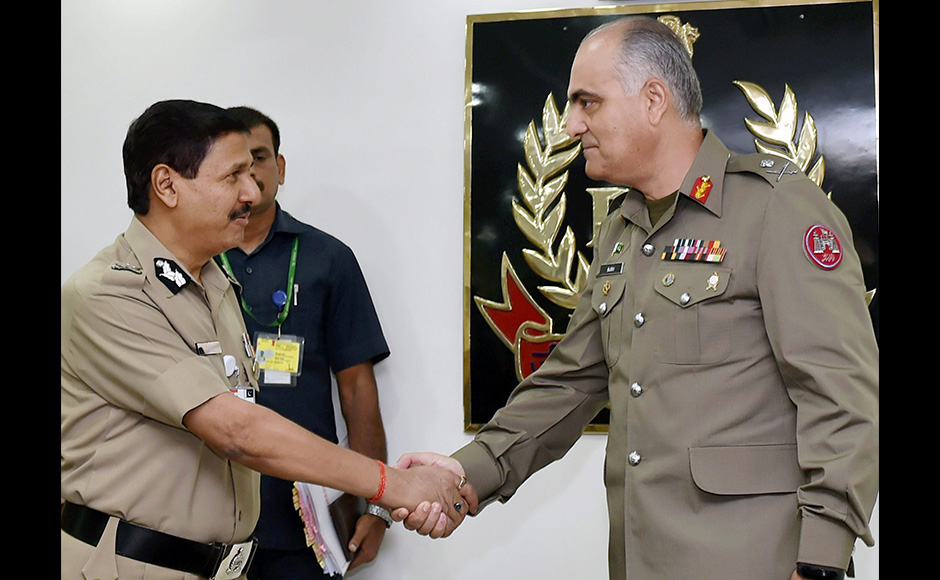 Recently, I was in Baroda, a city in the Indian state of Gujarat, for conducting workshops on Indo-Pak Peace building in schools and colleges. In one school, while we were waiting for the teacher concerned in the reception area, two people started talking to us. One of the persons was from the Indian army. When he got to know about our joint Indo-Pak Friendship Initiative Aaghaz-e-Dosti and about the subject of our workshop, he smiled and asked us, "Indo-Pak conflict is a dispute between the political actors of both sides so what is the role of the people in it?"

I found it interesting to share this as his reaction was contrary to what is ‘expected’. While the media and politicians use the death of an innocent soldier for their own advantage and blame the other side, this army person who is the victim of this conflict did not blame Pakistan or show hatred towards it. He only reiterated that this is more of a political conflict claiming lives of the innocent.

However, his reaction is not in isolation. While it did surprise me as I had expected that he would show some form of negativity, this was not the first time I heard a soldier’s perspective and desire for peace. Few years back, during an auto ride, the driver who was from a border village in Rajasthan told me about his recollections of seeing the interaction between soldiers of India and Pakistan stationed near the border. He told me that they would be very friendly towards each and other and would also share food at night. Looking at my surprised face, he had remarked that this conflict is decided and regulated by Delhi and Islamabad, not by these soldiers whose only role is to kill or get killed.

At that time when I heard him, I wished that people who find opportunities to question peace activists and especially acquire a form of legitimacy during a border skirmish could listen to him. This is not to say that people who advocate for “tit for that” or more hatred to counter hatred are those who care about soldiers. For, if this was true then we wouldn’t have people like Harish Kapadia, an Indian mountaineer who had lost his son in the Siachen Conflict and now is working to end the conflict by advocating for peace and dialogue.

If it was true, we wouldn’t have had people like Admiral Ramdas who had served as the Chief of Indian Navy, to be such a staunch supporter of Indo-Pak peace. Admiral Ramdas has been the founding member of several Indo-Pak peace initiatives. He had also extended support to Aaghaz-e-Dosti through his message in its annual Indo-Pak peace calendar. His message was, “The year 2015 gives us yet another opportunity to resume the Indo-Pak dialogue to bring permanent peace in South Asia. Although geography and identities have changed, we have a shared history and we must build upon this, focusing on greater trade and exchange of people to people visits for a better future.”

The annual Indo-Pak calendar was also launched in the Artillery Centre in Nashik, a city in the Indian State of Maharashtra. Among the Chief guests were Commandant Brigadier P R Murli and Colonel Augustine MT.  The army persons had not only extended their solidarity but as a mark, the calendars were also displayed in the head quarter of All India Artillery Centre.

Thus, the politics over the death of solider who is a human being above any other identity and the resultant jingoism is misguided and not something that the victims (soldiers) themselves approve of. The conflict has to end and that is the only solution that we need to work towards. Soldiers are victims of this conflict and anyone who claims to respect soldiers should demand a peaceful solution emphasizing on meaningful and consistent dialogue and not war which involves their killing.