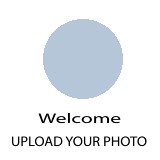 My personal story:
Having worked in and volunteered in areas of conflict, I've come to realise that knowing the 'other' and being able to listen to their narrative is fundamental to seeing a middle way..

Why I want peace:
If angry , hate-filled voices are not overcome by the voices calling for peaceful change - what kind of world do we leave for for our children to reclaim.

Interests and activities:
International politics, especially of the Middle East : literature and art

Something you didn't know about me:
My dog's name is Freud ...

How I found mepeace.org:
Found on a web trawl

What I want to achieve here:
To be part of a group that speaks the same hopeful language; to hear the experiences of people living living daily with insecurity.

Thanks for reaching out Dr. Meg. I hope you continue to follow how-matters.org!

Yes they did.  One was a soldier who knew Arabic, and could really get into the personal feelings of the people of the West Bank.  In fact, he did suicide prevention counseling on  a would-be suicide bomber.  Many did not like working at army checkpoints in the West Bank, because they felt they were humiliating people there.  I could get the idea, that like soldiers everywhere, they can be assigned duties they did not personally like.

Eyal Raviv said…
Welcome Mariyam, will you add a photo so we will see you? Enjoy us. Use our Features and follow our Guidelines. If you have a question, see our FAQ. If you like us you can Support us, share your Feedback, and Invite your friends.

Welcome to our community, I hope that you'll find many between us who speak the same of your language, and share with you the same interests.

Looking forward to your participation with us.